Great Lakes Research Consortium scientists have been warning for some time that despite the clean-up successes of the last two decades, New York’s Great Lakes are highly altered ecosystems, unstable and prone to crisis

Great Lakes Research Consortium scientists have been warning for some time that despite the clean-up successes of the last two decades, New York’s Great Lakes are highly altered ecosystems, unstable and prone to crisis. A recent conference on New York’s North Coast, sponsored by the Consortium, highlighted the water quality problems of the nearshore zone of Lake Ontario that have gone largely ignored. Without ongoing study of the lakes’ ecology and hydrology and the impacts on them from climate change, sprawl, aging wastewater infrastructure, environmental release of new chemicals and pharmaceuticals and frequent colonization by invasive species of plants and animals, we will have no chance to protect these lakes for our future. Research - high-quality environmental research - is absolutely essential to inform our public policy on protection and restoration of the Great Lakes. 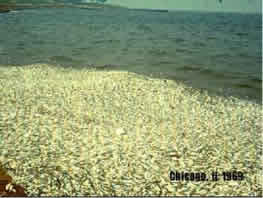 From the mid 1960s to the late1970s, New Yorkers were shocked by what had happened to their Great Lakes. A huge oxygen-depleted zone formed annually in Erie’s central basin creating large areas of water deadly to aquatic organisms. Algal blooms turned the water a murky green that washed up on Erie’s beaches leaving thick mats of rotting algae to sicken the air. For the first time in people’s memories, the familiar swarms of mayflies failed to make their annual appearance. Fish populations plummeted.

What was once one of the premier freshwater fisheries in the world was devastated. Meanwhile, in Toledo and in Buffalo, Lake Erie tributaries proved that with enough pollution, rivers will burn. Vacationers went elsewhere. Property values bottomed. It was an ecological and environmental nightmare. Since all of Erie’s water gradually fills Lake Ontario’s depths, that lake was not far behind. Especially in the nearshore zone, Erie’s conditions were replayed in Ontario with algal blooms and windrows of dead and dying alewife with no predators to control their out of control population. New York’s Great Lakes were a mess. 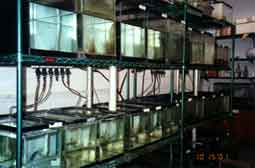 Citizen outrage and responsible political leadership led to a strong commitment to clean up our lakes. Nationwide, the lakes’ plight became a symbol that was partly responsible for the historic passage of the Clean Water Act. Yet all the political will and personal passion could accomplish nothing without science.

Throughout the Great Lakes, scientists put their attention to uncovering cause-effect relationships,modeling interactions amongst simultaneously operating processes and recommending real solutions. It was a great example of the benefits of applied environmental research. Scientists explained the root causes of lake-suffocating algae blooms. They experimented with non-native salmon and trout and began stocking programs that recreated the top of the food chain and revitalized sport-fishing. Scientists uncovered new threats in the form of industrial chemicals. For all the billions that were spent in the clean-up effort, many billions more were saved by knowing which causes were the most important, producing the evidence that forced industry to comply, demonstrating the need to upgrade sewage treatment and advancing the technologies that made pollution prevention possible. 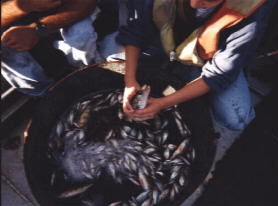 The Origins of the Great Lakes Research Consortium

Unfortunately for us, only a few New York scientists were able to contribute to this success. New York did not then have a major environmental research center dedicated to Great Lakes science such as existed in Michigan and Wisconsin. As a result, despite the fact that the water crisis was most acutely felt in New York, almost all the federal dollars went to institutions on the upper lakes and it is there that the scientific infrastructure was built and supported. It was for this reason that sixteen years ago SUNY created and the state legislature supported the establishment of the Great Lakes Research Consortium (GLRC).

The GLRC became a novel decentralized, collaborative institution, starting with five SUNY colleges and universities in 1986 and expanding to sixteen by 2002, including several private universities. Several multi-talented, multicampus research teams were formed within the Consortium and these have made major contributions to understanding many facets of the lakes. But despite these successes, New York still receives considerably less than its fair share of Great Lakes programs and investments. The Need to Support Science in New York

Today, we have many more academic scientists involved in Great Lakes research in New York than we did in the 1960s and 70s, but we still do not have a major, well funded research institute, while our members’ field stations and small research vessels go severely underfunded. At the same time, lulled by past successes, the federal and state surveillance and monitoring infrastructure has been allowed to gradually decline. Staff has been cut, field work neglected. Without adequate ongoing, long-term surveillance and monitoring, there is a serious lack of up-to-date information on which to base scientific analysis or to make informed policy decisions.

To date New York has not received our equitable share of federal resources devoted to the Great Lakes. What would a fair share be? New York has 19% of the Great Lakes Areas of Concern, 12% of Great Lakes shoreline, 14% of the drainage area, 18% of the population, and pays 20% of the total federal taxes paid by Great Lakes states. From this estimate New York’s fair share should be between 15-20%. Calculating the actual amount New York has received using data gathered by the Congressional Research Service and the GLRC, New York received between 3% and 8%, depending on how the estimates are derived.

To learn more about the facilities of the GLRC network, their current research projects, research specialties, facilities, and needed upgrades, click on any location above