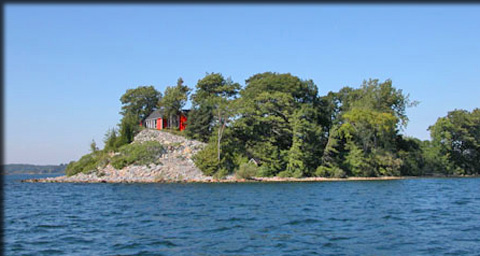 The Thousand Islands Biological Station's research program focuses on the aquatic ecology of the river with an emphasis on fisheries, wetlands, limnology, invasive species, and ecological perturbations.

The TIBS Mission guides our research and management:

Governor's Island was named for island summer resident Thomas G. Alvord, Lieutenant Governor of New York State in 1864. James and Lorraine Lewis donated the island to SUNY-ESF in 1971. The Lorraine E. Lewis Thousand Islands Biological Station (TIBS) was created in 2000 and received its first Director in 2001. Through the faculty of Environmental and Forest Biology, an important aquatic research program was developed beginning with the St. Lawrence Seaway Winter Navigation Studies in the 1970s. Research has continued through fisheries management studies with the NYS Department of Environmental Conservation (NYSDEC) from 1983 to present and now with additional grants from the US Fish and Wildlife Service Fish Enhancement Mitigation and Research Fund. Recent laboratory and boathouse renovations were completed in the summer of 2012 through a National Science Foundation grant and provide cyberinfrastructure improvements linking TIBS to the Center for Integrated Teaching and Research (CIRTAS) at the ESF main campus. 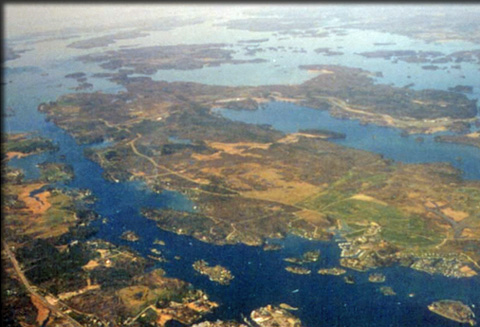 The upper St. Lawrence River consists of a complex array of habitats including over 1,800 islands, 2,000 shoals, and thousands of hectares of nearshore freshwater littoral habitats and coastal emergent wetlands.  The St. Lawrence River is the only natural outlet to the Great Lakes, with a drainage basin of over 3/4 of a million square kilometers. It connects the Great Lakes to the Atlantic Ocean. It is the 10th largest river in the world in terms of flow with upper River average discharge of over 243,000 cfs!

The St. Lawrence River fish community contains a diverse array of fishes with nearly 50 species observed annually in surveys and around 85 species documented by TIBS and NYSDEC.

The ecosystem harbors a diverse array of aquatic and wetland plants and several NYS threatened and endangered species examples including the Lake sturgeon, pugnose shiner, common tern, bald eagle, and Blanding’s turtle. Many notable invasive species have affected the ecosystem in recent decades including dressinid mussels, round goby, and viral hemorraghic septicemia (VHSv).